We have officially been in Malaysia for 2 weeks and we all seem to be settling in nicely.  After our “Jurassic Park” house hunting fiasco last Monday, we met with Piz, a rental agent who works with the school.  She was absolutely amazing: Efficient, to the point, and very knowledgeable.  Within an hour we had a house, put in an offer, and were at Starbucks drinking Frappes. She got us a lower price than listed and had the house ready to move in within 24 hours.  We met with her Tuesday, drove back to Kuala Lumpur on Wednesday, exchanged rental vehicles, broke the dogs out of quarantine, and were back in Johor by Thursday at 2 pm moving into our new house.  It was definitely a whirlwind trip! 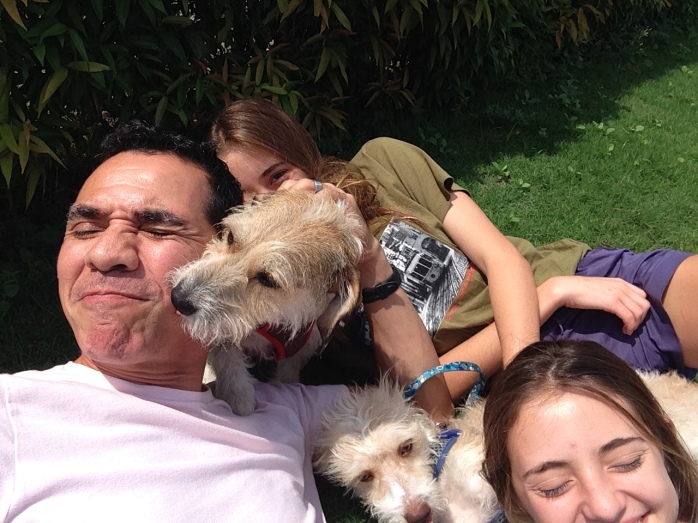 Our new home is pretty great. It is WAY more space than we need, or are accustomed to, but what’s a family to do?  I’d say its about 2500 square feet,  4 bedrooms + a maid’s quarters, and 6 bathrooms!!!  Yes, 6 bathrooms.  Needless to say, the girls are quite satisfied having their own rooms equipped with queen sized beds, large bathrooms, and a balcony.  I am a little freaky trying to figure out how to live in a space this big and not have a crazy electric bill.  Luckily, each room has it’s own A/C unit, so we can close rooms off and only cool the ones we are in at the time.  Now instead of constantly asking the girls if they hung their towel up, I can ask if they turned their A/C off.  Hooray!! In case you are curious, the rent on this house is $600 a month ($75K if we bought it).  I suppose this is why Malaysia is #5 on the list of places to retire worldwide.

Friday we took the obligatory trip to IKEA for a FEW necessities.  When you move in to a furnished house here, that means couches, beds, and appliances.  Imagine having to stock a kitchen so you can cook, a desk do your kid can study, a washing machine (no dryer… sorry kids you’ll have to hang up your clothes to dry!), and trashcans.  We have been here roughly a week now and I think I can finally stop buying things for the house.

We also bought a car!  A couple moving back to the States sold us their 2-year-old car and now we are officially mobile.  We hired some woman for about $20 to walk us through the entire “DMV” process.  It was amazing!  She met us at the “DMV”, took our passports and money, skipped all of the lines, and in about 10 minutes we had signed some document and were done. The next day, she met me at the school, took a bit more money, and I had car insurance for an entire year.  Piece of cake!  When in doubt… pay the $20 and get someone who speaks the language to do it for you!

The dogs seem to be happy here.  We live in a gated community with extensive walking trails and parks on every corner.  People walk their dogs constantly because only the houses on the corners have yards, so they are meeting all sorts of new friends.  It makes me wonder if dogs are bilingual too.  You know, they understand the language their owner speaks, but is there a universal dog language too?  Deep, I know. 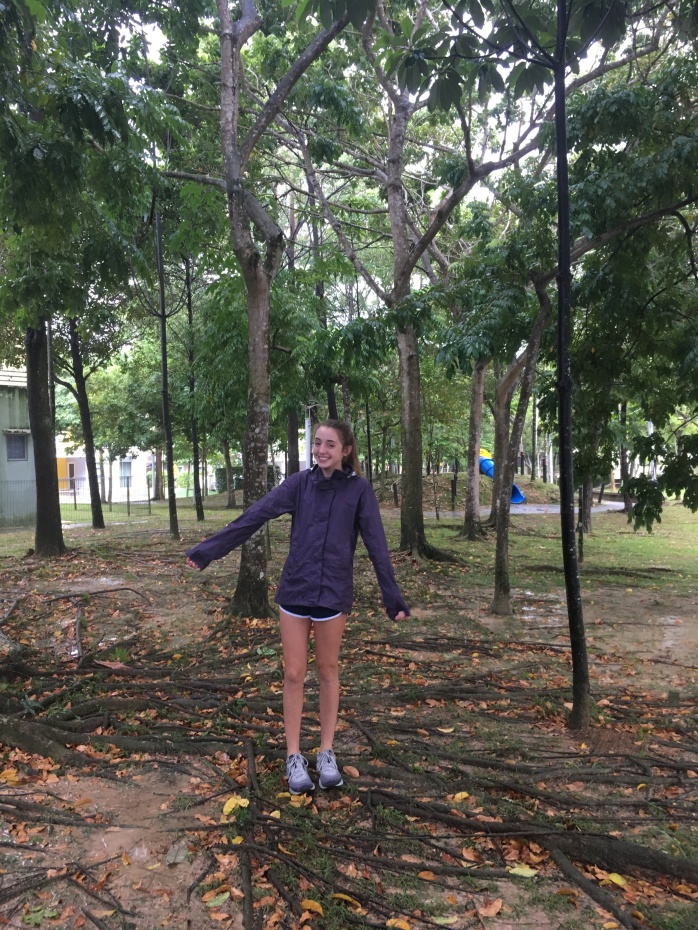 So, let me be honest about our new home.  When we first arrived, we didn’t seem to experience any big culture shock because after living in Taiwan for 2 years we knew what to expect as far as Asian culture goes.  This place, however, is so very different from Taiwan.  It is almost like a completely equal mix of China, India, and the Middle East.  Before coming, I had read that it is one of the most culturally diverse places on the planet, but I didn’t really understand what that meant.  It really does seem like this odd fusion of the three, and from what I can tell from just 2 weeks, it seems to work.

Malaysia seems to have an equal balance of the old world and the new. You can find old parts of town and ancient sites, but then you have these luxury high-rise neighborhoods right down the street. We live in what feels like a futuristic ghost town city about 30 minutes outside of Johor Bahru.  The area is called Iskandar Puteri and fancy is an understatement. For example, last night we were sitting next to Puteri Harbor eating burgers at a sports bar.  We were literally overlooking the bay with large yachts in the foreground and Singapore in the background.  The phrase “If you build it, they will come” comes to mind.  There are luxury high rises, fancy shops, etc… but most of them are only about a quarter occupied.  Apparently, since we are so close to Singapore (which is a terribly expensive to live) Malaysia is anticipating a large influx of Singaporean residents in the near future, as soon as they agree on and build a faster way to cross the border. I told Marty last night that we sort of hit the jackpot as far as places to live.  I feel a bit guilty, but he told me to just enjoy it for the moment… it certainly won’t be our reality forever. 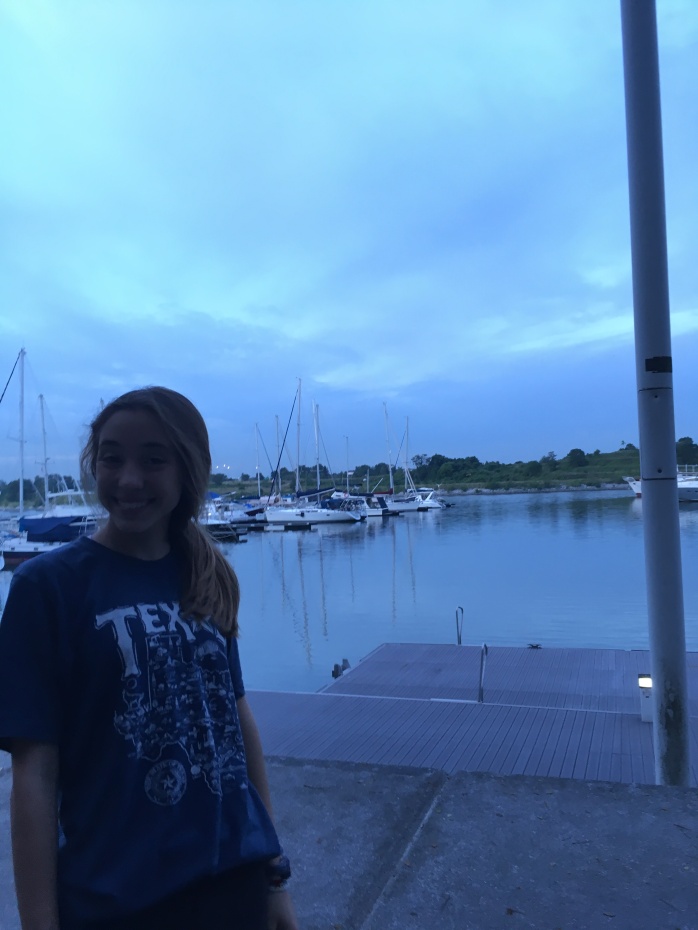 Marty and I only have about 2 weeks before we start back to work.  We are joining a gym down the street where the girls are excited about their new aerial yoga class (doing yoga while suspended from the ceiling), and I am excited to work out in a gym where multiple TVs showing nerve-racking news are not getting in the way of my stress relief. We shall also be checking out the beaches near us soon.

8 Comments on “Our New Home”