It is 5 am and either I am starting an early riser routine, or I have yet to acclimate to the 13-hour time difference.  These past few days have been mostly about getting comfortable in our new surroundings and watching Marty become a left hand side of the road driver.  He is doing great, by the way, but I worry he is taking the “When in Rome” attitude a bit too far.  He runs red lights and has started driving like a local (which means SCARY).  I don’t say anything because I certainly don’t have any desire to try it yet and to be quite honest having a chauffeur is nice. 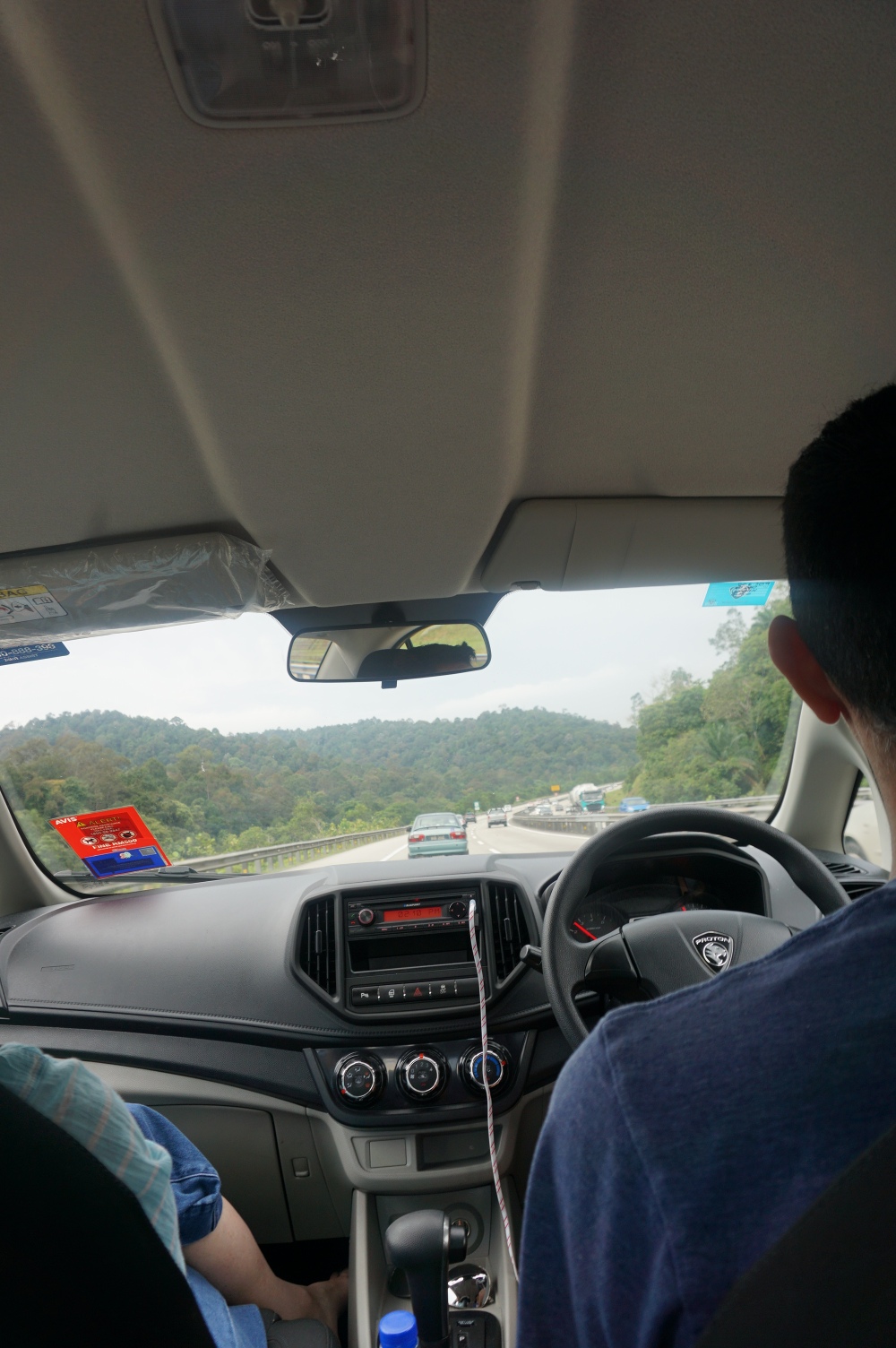 We spent Saturday visiting the dogs, relaxing at the condo, going back to the mall for a few necessities, and bowling.  We ate lunch at a Thai place in the food court and completely forgot that we were not in the U.S. where Thai food is generally made to order as far as the level of heat goes.  When I received my plate, I counted roughly 8 large red chili peppers.  All of our dishes were so incredibly spicy that we ate as much as we could, but opted to find more food later… as the total for our four dishes cost only $9 US dollars.  We then decided we needed to cool down with shaved ice, one of our favorites when we lived in Taiwan.  Imagine a bowl of shaved ice topped with fresh mango, fresh kiwi, and gelatinous coconut jubes.  Amazing does not even begin to describe it.

On our way back to the condo, Marty saw a family sports center of sorts off of the side of the road and insisted we try bowling.  The outside advertised bowling, badminton, and karaoke… how could we go wrong?  It was just like a bowling alley in the US, and after 2 games I scored my all time high… and my all time low.

We woke early Sunday morning to visit the dogs one last time and hit the road to the southern state of Johor, our new home, to find a place to live.  While at the quarantine facility, the family who helped us import our dogs were cutting coconuts off of a nearby tree.  They offered Marty a few, and seeing as he can’t say no to anything, we now have three large coconuts rolling around in the trunk. Every time he comes to a stop, it sounds like we have either hit or run over something. Fun! 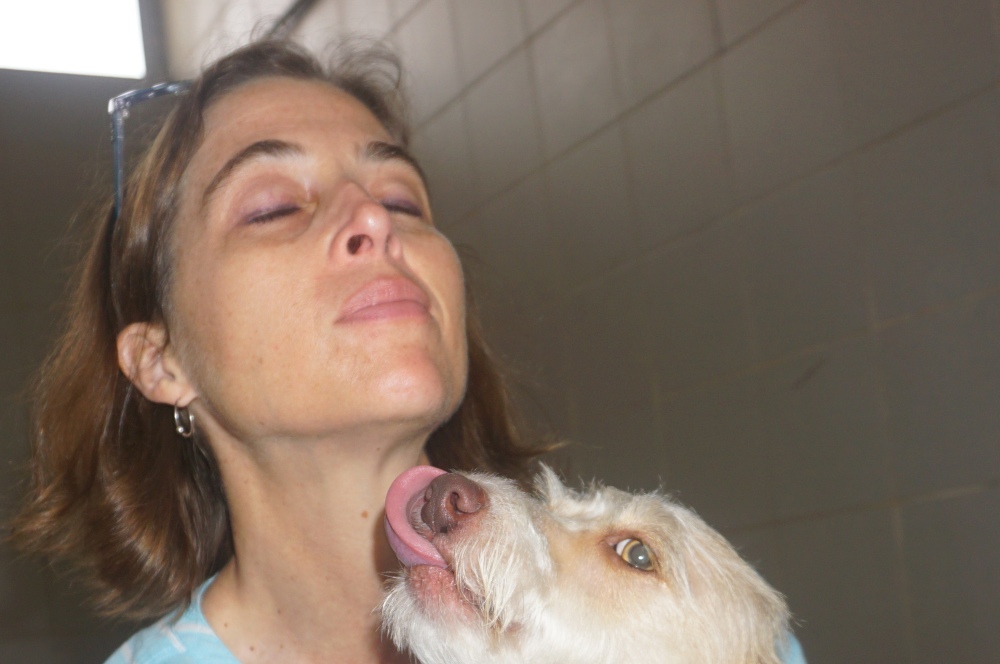 It was a 3-½ hour drive along a straight shot highway filled with cars, busses, and insane motorcyclist.  I suppose for them, it is sort of like the autobahn in Germany because every 20 minutes or so, I was shocked into a stupor when a motorcycle would zoom past me going about 120 miles an hour.  I’m not sure if they have a death wish, or they are just speed freaks, but from what I have read, there are quite a large number of motorcycle accidents in Malaysia.  Go figure! We even saw a large group on Harleys, complete with leather jackets that had their group name and ‘Malaysia’ on the back.

We pulled off of the highway at some town to get gas and look for food.  My GPS said there were a lot of restaurants, but what we found were more like outdoor roadside stalls.  Being the adventurous sort, we parked and gave one a try.  The trays of food outside with no shortage of flies hovering above were a bit disconcerting, but you know, when in Rome.  Turns out, the food was amazing…rice, veg, and a dizzying array of different curries.  Everyone was eating with their hands, as is the custom, but the restaurant owner appeased us with forks.

The interesting thing about Malaysia, from what I can tell so far, is that it is so incredibly multicultural.  There are primarily Malay (Muslim), Chinese, and Indian, and they all seem to co-exist so seamlessly that they are distinctly different, but also one.  It really is quite amazing.

The school has put us up in a hotel with other new hires and it looks like we will be working with some really great people from all over the world.  On our first night here, Marty was invited to a Texas hold ’em game where he met a lot of new co-workers.  They were all apparently very nice and they were also more that happy to take his money… I wonder what that means?

Yesterday was supposed to be our big house-hunting day.  For a few months, I have been in contact with an agent who was supposed to show us a lot of properties… he showed us three.  While the houses were big and probably very nice at one time, they were all quite run down, had serious mold problems, and in need of lots of repairs. One of the agents even joked that they lovingly called one of the houses ‘Jurassic Park’… if that gives you any indication of the condition it was in. I do get that we live in the middle of a jungle and this is normal, but I suppose I was expecting more that three options! I made this clear at the end of our one-hour house hunting stint and he promised to show us more today.  As a backup, I have another agent the school works with showing us houses too.  We pick up the dogs Thursday and since no hotels take dogs here, we are sort of looking at homelessness if we don’t find a move-in ready place today.  No pressure!

By the way, did you know that there is some rule in Islam that does not allow dogs to be touched?

“Raising or keeping a dog inside the house is not allowed in Islam under any circumstances, and even prevents the Angels of Mercy from entering the house, and deducts a large amount of a Muslim’s worship reward on every single day,” Dr Ali Mashael, Chief Mufti at the Department of Islamic Affairs and Charitable Activities in Dubai, told Khaleej Times.

However, a dog may be kept and benefited from outside the house for permissible reasons, such as farming, hunting or herding as explained by Prophet Muhammad (Peace be upon him), he said.

Street dogs are either harmful or not, he stated. “If harmful, they should be banished or killed if needed, but not because they are dogs or just homeless,” he underlined. “If harmless, they should be kept away or in a safe shelter, but never neutered or locked up until death.”

This means, they are not allowed in rental cars, hotels, etc.  You see TONS of cats here, but very few Malay locals seem to have dogs. (The Chinese do, though) Very interesting, but quite difficult when traveling with dogs!

May the force be with us today as we find a place to live… who knows, we may just end up living in Jurassic Park!!! 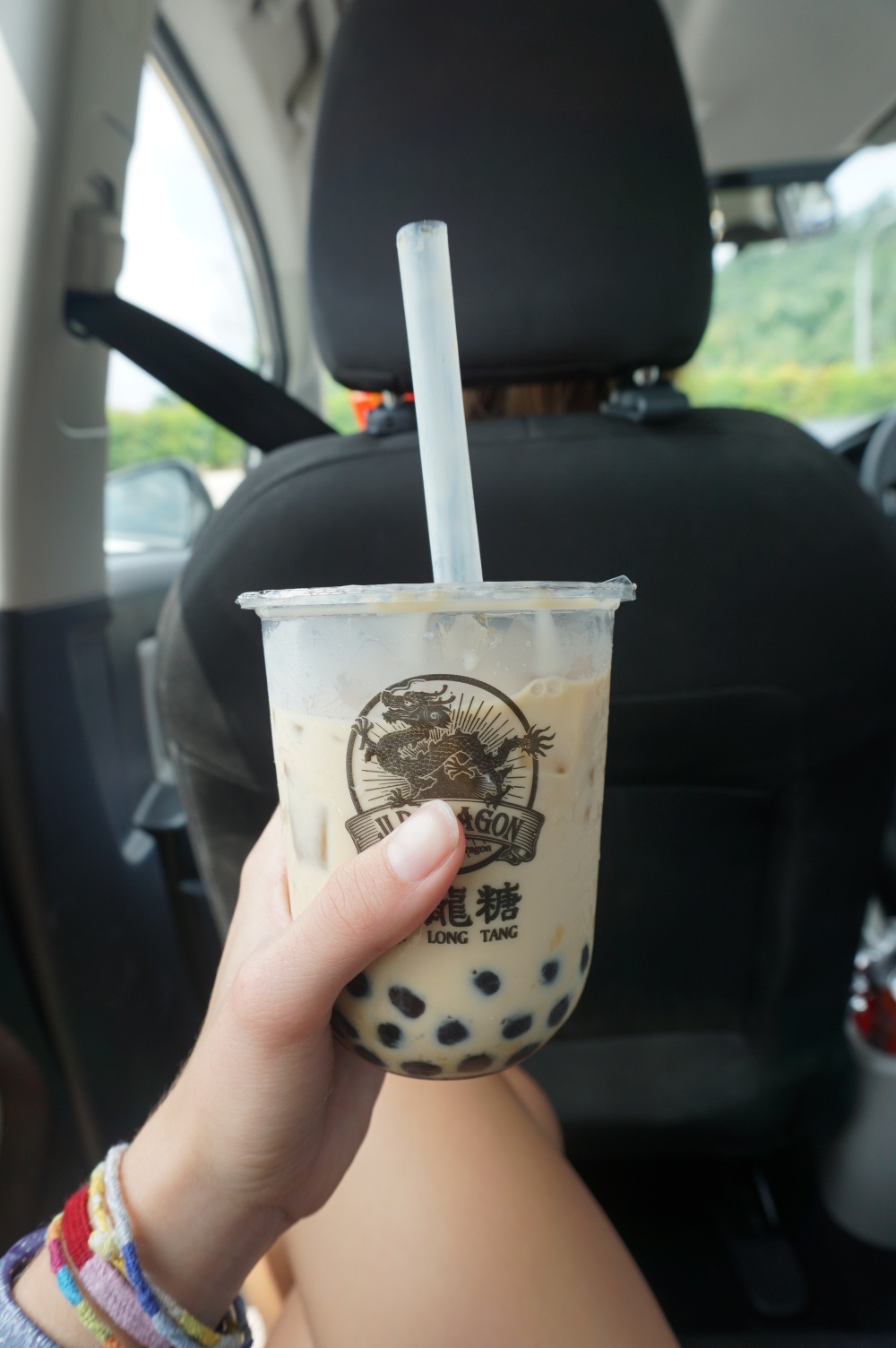 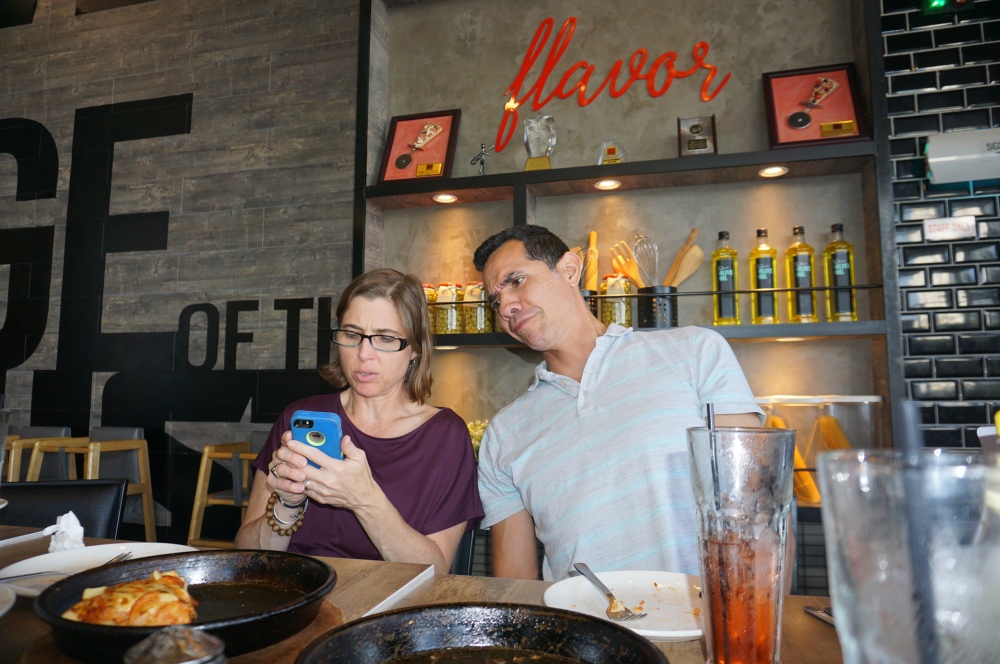 One last note for any of my students reading this… Yesterday when I was buying a SIM card at the mall, the Chinese  lady helping me had a ring tone of the song Calma by Pedro Capó.  Apparently, she loves latin music and is now subscribing to my Spotify playlist.  Ja ja ja!!!

Random photos of Pilar’s new friends… they don’t say much.