Up until today, I was under the misleading impression that I was relaxed. You know, I am on vacation and despite the bustle of Mexico City and the heart-wrenching pain my children cause me each time they cough, I felt that I was as relaxed as I could be. I was wrong. This morning we caught a taxi and headed 15 minutes out of town to the hot springs of La Gruta. We spent roughly $10 getting there, and our cabbie agreed to return four hours later to pick us up. There were six different pools lined with rock walls and amazing greenery, each with varying degrees of warm to hot fresh spring water. The warmest pool was connected to a long narrow tunnel that made me feel like I was Indiana Jones about to discover something precious. The tunnel became progressively darker as you slowly moved down it, and opened up like a gift into an amazing domed rock grotto. After about an hour of sitting in the hot water until I was sufficiently pruned, I changed scenery to a tree-covered table in the shade. Listening to a symphony of birds and watching the clouds float by, I had this sudden epiphany that indeed, I was now officially relaxed. Wanting to take full advantage of this odd feeling, I made my way one last time through the narrow passageway that led to the sauna-like cave and waited my turn to take my place beneath the source of the hot spring water. It had the feeling of a veritable fountain of youth and there was a line of folks waiting to wash away whatever plagued them. I was no different. When the time came to stand beneath the deluge, the deafening roar of the water combined with the back pounding massage was enough to wash away any worry that might have preoccupied my mind. I emerged from the tunnel unable to rein in my gigantic smile. 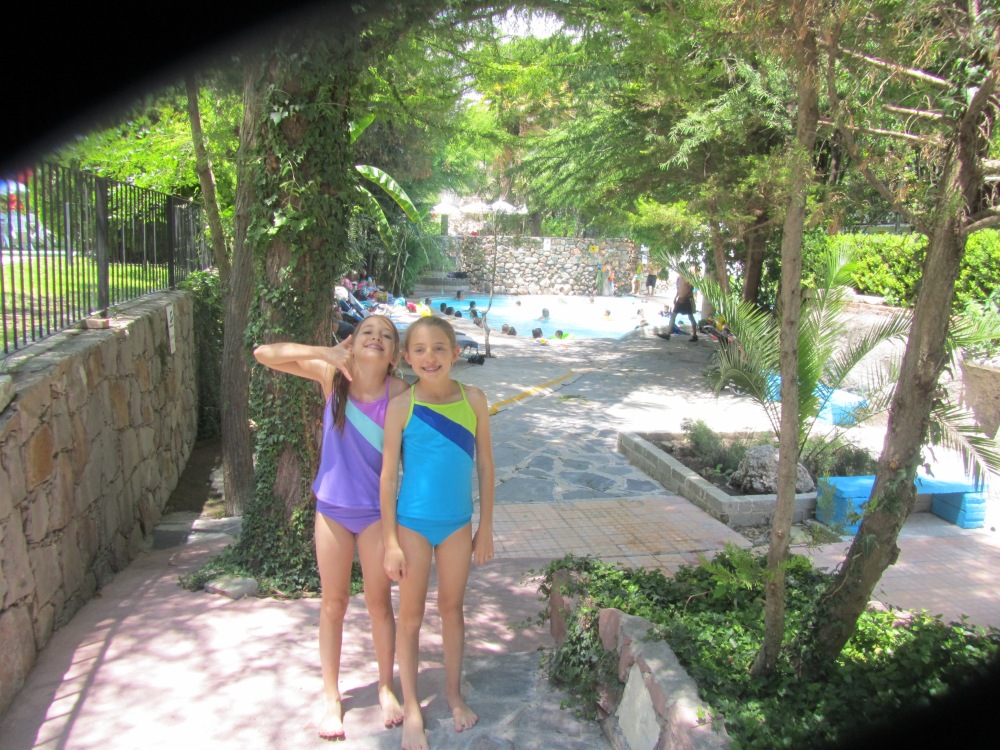 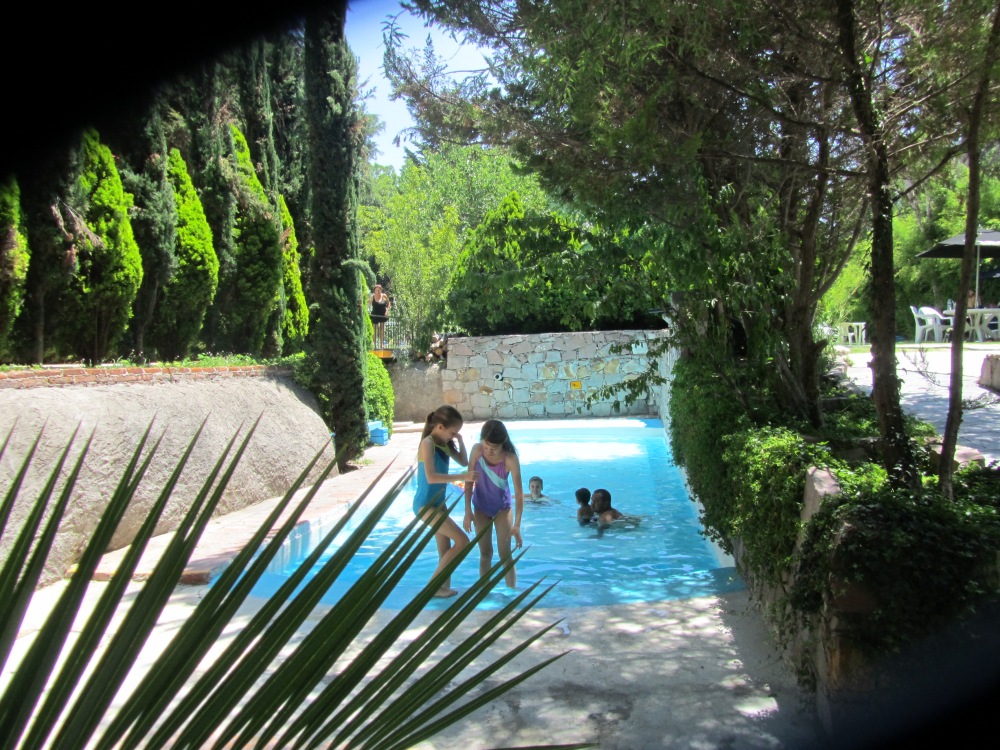 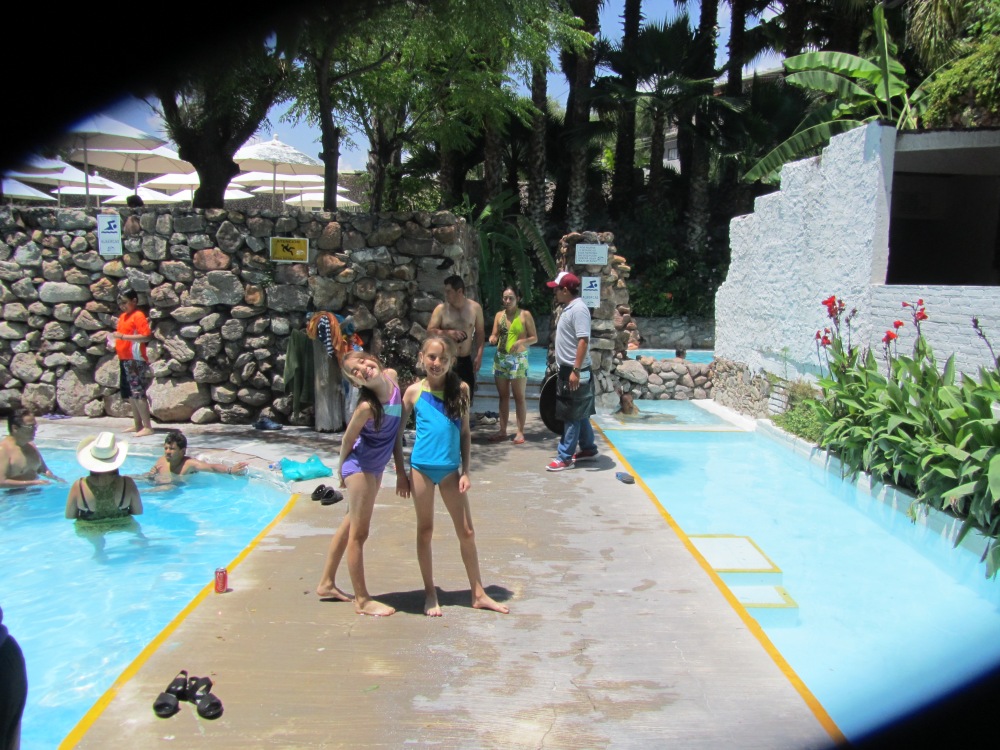 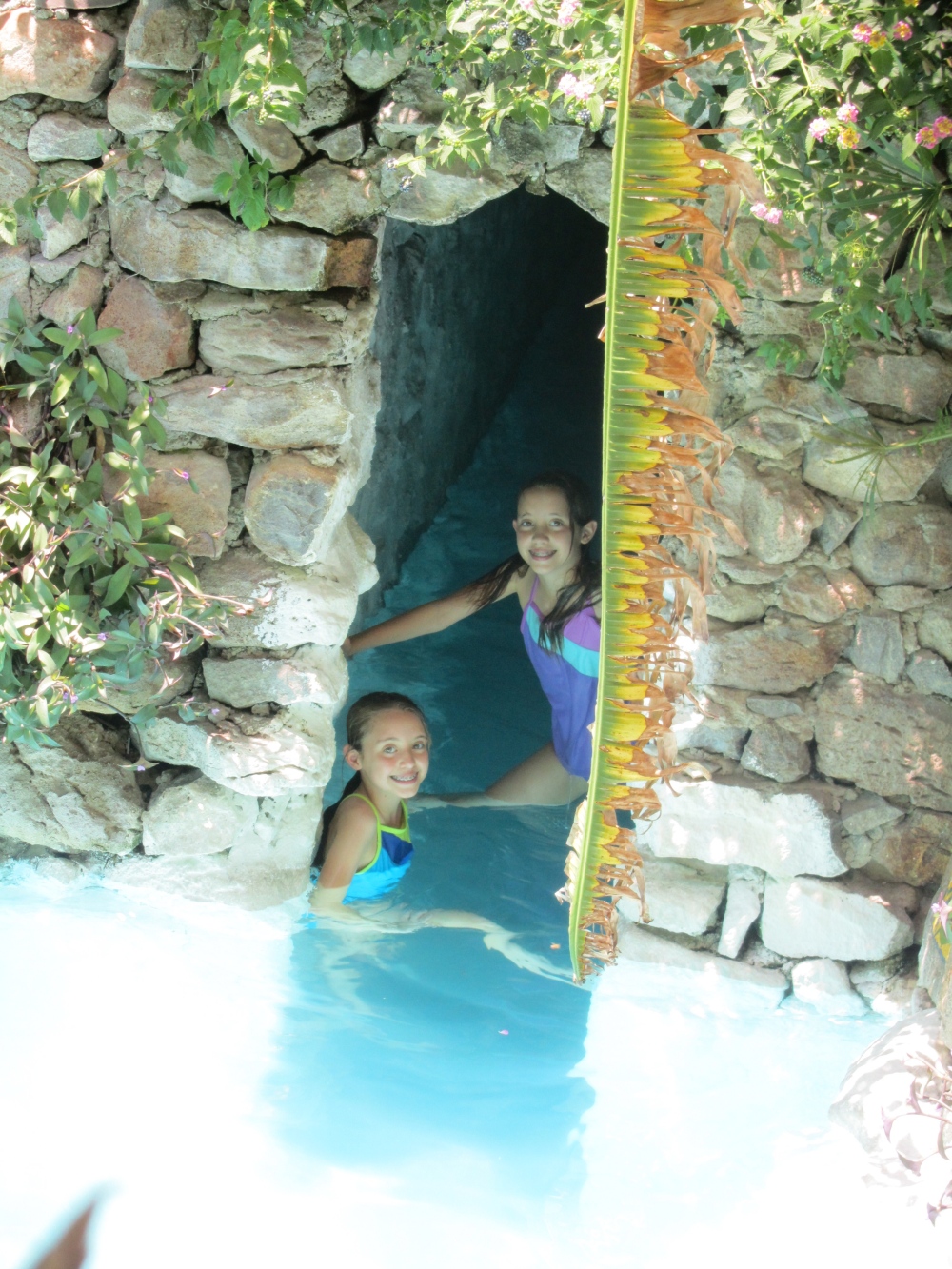 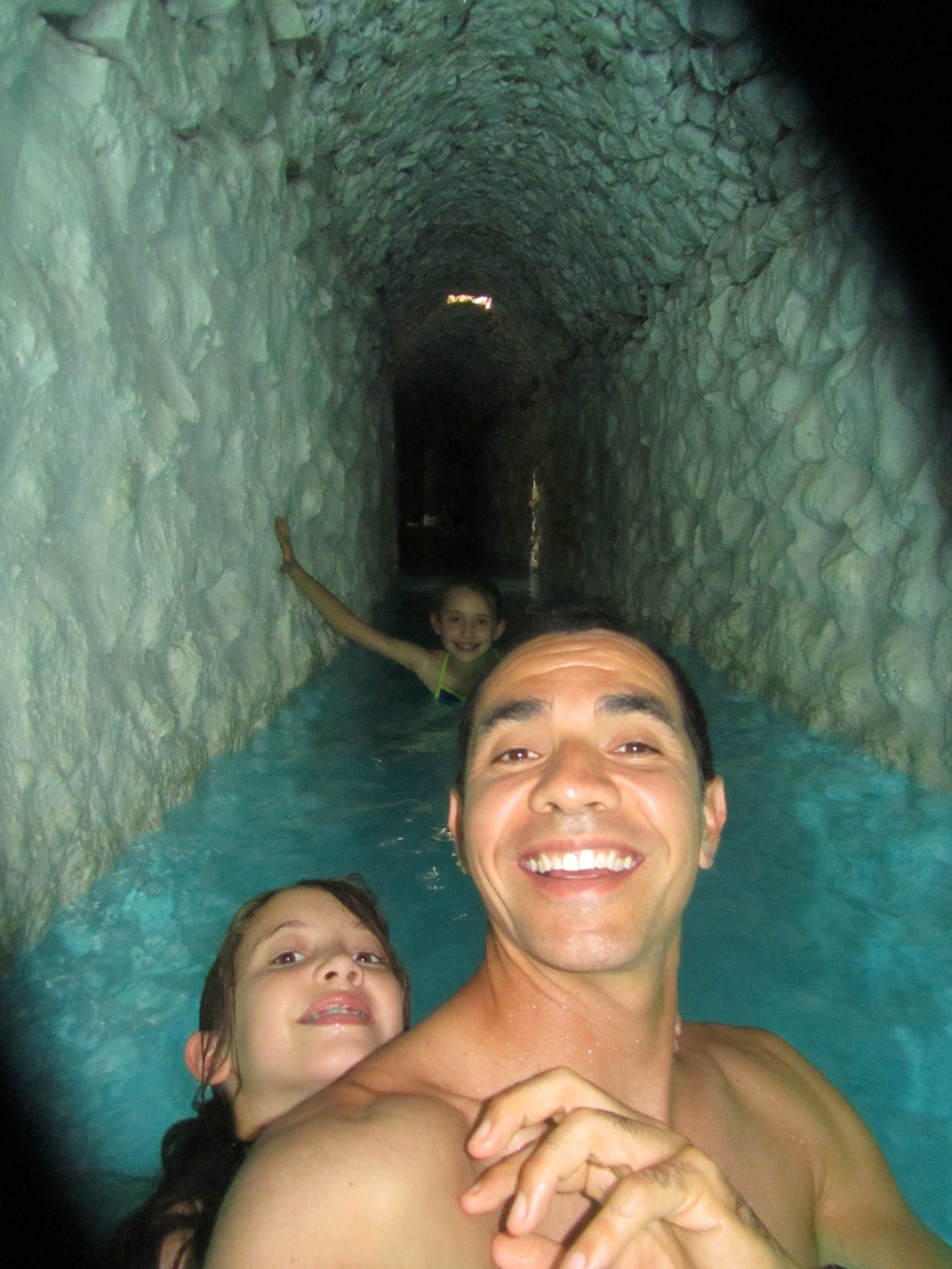 Going to La Gruta was definitely a good idea! We emerged happier and healthier at four o’clock on the dot to find our lovely taxi driver waiting for us, just like he said he would. I know Mexico gets so much bad press lately due to the cartel violence, which the locals will tell you is definitely real in certain areas. I chose to take my family to tourist friendly places on this trip for that exact reason, but I am happy to say that thus far, the places we have been are still just as fabulous as they were twenty years ago. My girls are falling in love with Mexico, and that was the main goal all along. How cool is that? Oh yes, and their Spanish is improving too! (At least when it comes to ordering food and going shopping.)  I’ll take what I can get, I suppose.